Here’s your starter for 10 today.

Who exactly is this “common man” we read about all the time in the Indian papers ?  Whenever there is a price rise or a tough new law, we hear how it will affect the common man.

And who is an uncommon man ?

Is common a sloppy synonym for poor ?

Or maybe for unimportant ?

Or not being a VIP perhaps ?

I know I am being disingenuous even as I write this, because I have a sneaking feeling that common man = poor/unimportant man.

But the term offends me, because it is so damn patronising in the world’s biggest democracy.

There is an underlying implication that the poor/unimportant are affected by prices and taxes and strikes and shortages and power-cuts, but that everyone else who is not poor/unimportant isn’t affected.

I suppose if you are indeed one of India’s pampered VIPs with everything paid for by we the people, then you might not give a fig about petrol prices going up or the rickshaws being on strike, or the shoddy infrastructure.

Why the world’s biggest democracy, a claim that we all love to tom-tom, uses terms like the common man baffles me. There is a whiff of established privilege and hierarchy and ruling classes…oh, right, just seen the folly of my own argument…silly silly me.

Which is where I cut to the bit of news below which should gladden the heart of everyone else who would love to buy a house in Himachal.  But can’t.  Because you can only buy there if you are a Himachali. (And yes, of course I know that Priyanka-ji was born in Delhi) 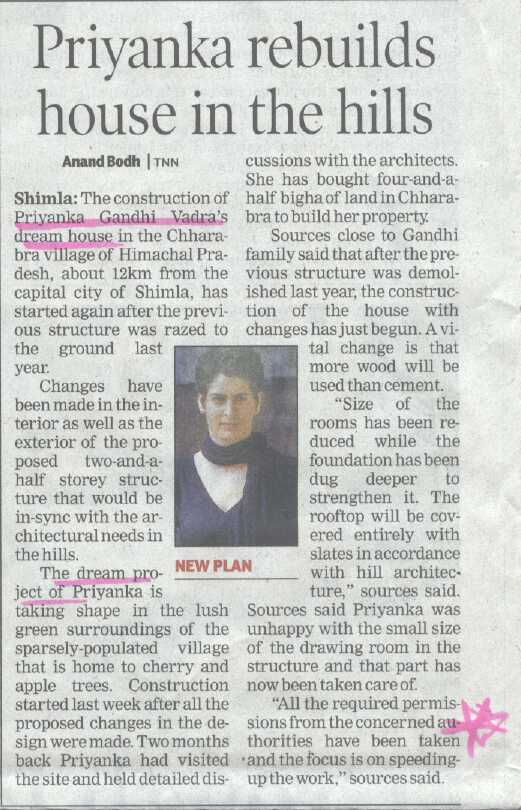 Brushing aside any hint of sour grapes, good luck to her, say I.  Am thrilled to bits that that pesky small drawing room issue has been resolved.  I would be distinctly unhappy, too.  Am equally thrilled that the focus now is on speeding up the work on her dream house. Thank goodness.

Love the way the dear old Times of India reports all this with such inscrutable blandness.

Anyway,  back to the common man issue : I take it that our esteemed MPs are not common.  In fact, the dear things are quite exercised at the moment.

I would be in despair, too, let me tell you, if anyone violated my protocol.

Come to think of it, between fretting about the size of Priyanka’s drawing room and worrying about all that high-handedness towards our MPs, I think we common folk have quite enough on our plates at the moment. 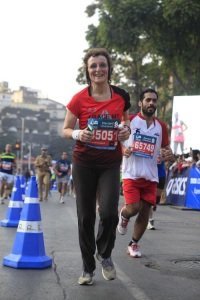