That’s our new slogan here in Delhi, all part of a name and shame campaign aimed at putting images of spitters and pee-ers and litter-ers on Facebook for all the world to see. 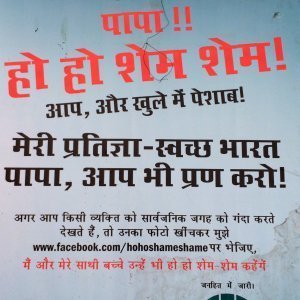 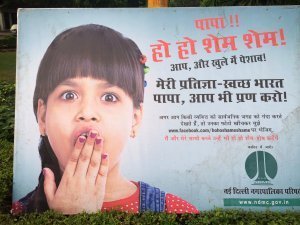 At this stage, I’ll go with anything, anything at all that will stop the out-of-control littering and muck that is engulfing this city. (And the country, too, of course.)

Yesterday, if you remember, the PM flagged off a huge clean up campaign.  He launched it from Raj Path, the wide avenue that links India Gate to Rashtrapati Bhavan, the President’s residence.  Can’t get a more prestigious avenue if you tried.

I run along Raj Path most mornings, and this morning was no exception.

I suppose I expected pristine-ness, less than 24 hours after yesterday’s hoopla, and after all the photos in the morning papers of our civic worthies wielding brooms… 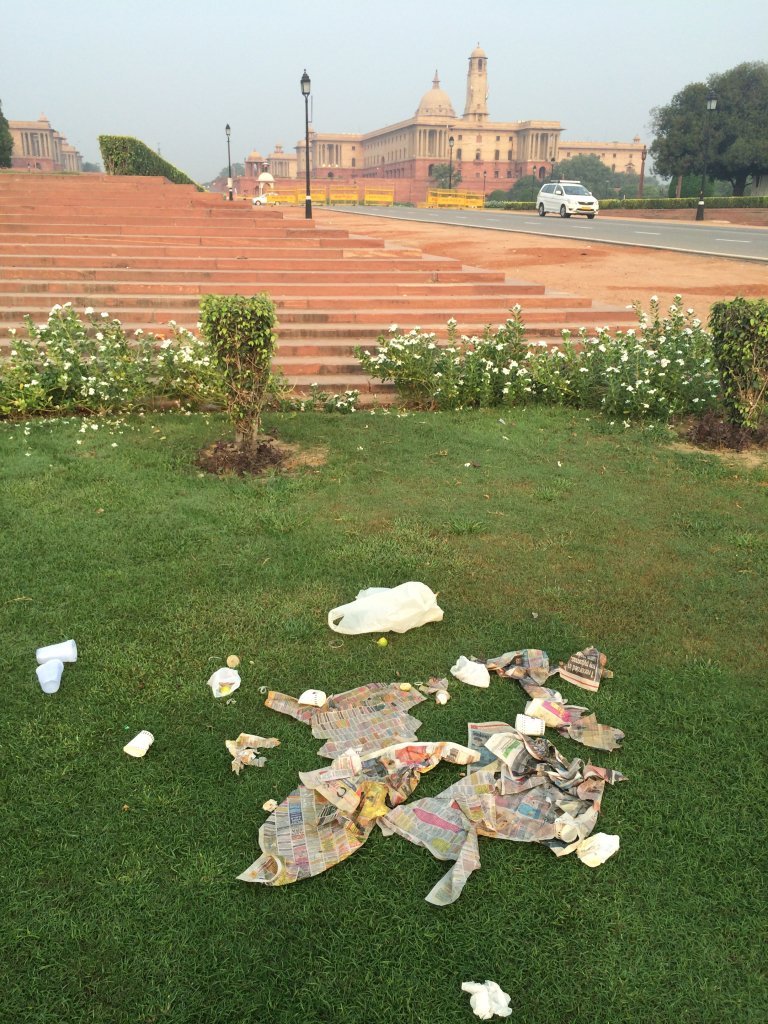 2 minutes after taking this dismal photo, I was at those lovely Lutyens buildings you can see above  – North and South Block, which flank Rashtrapati Bhavan –  and what do I see but this.  A cop on duty, peeing against the wall of South Block…Mr. Modi has got his work cut out for him, I tell you. 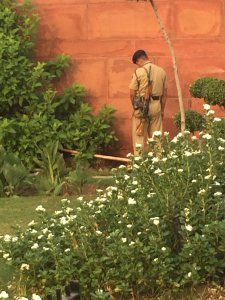 How do you change a collective mindset that seems to regard anything that isn’t their own home as fair game for muck of every variety?

Take it from me, that the same people who leave their rubbish on a lawn or pee against one of the most prestigious buildings in the capital –  these same people will keep their own homes ritualistically spotless.   But once across that threshold, who cares? 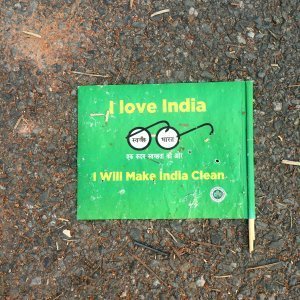 so you leave your banner lying on Raj Path…

Anyway, it was certainly not all doom and gloom this morning as I ran the pampered streets of Lutyens Delhi.

This is a fabulously long weekend here –  a rare 4 day weekend, even a 5 day weekend for some –  and so there was way less traffic than usual, meaning I had vast swathes of these avenues to myself. 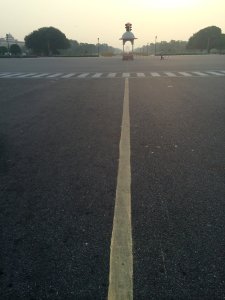 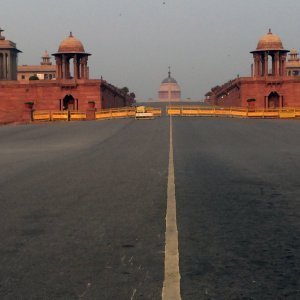 I ran up and down this stretch several times.

Because not a single car was there.

Because there was no-one there, bar one man who watched rather bemusedly as I did one up and down Raisina Hill, then got bored when I started all over again, and wandered off, leaving me with it all.

Solitude and quiet are beyond rare in Delhi, so this morning was very special.

And as I ran this morning, I had my usual early morning encounters…

Geese in a garage.

Well, why ever not?

I saw yet anther rehearsal at India Gate for yet another military ceremony, but this one was not as visitor-friendly as usual.

Masses of soldiers and airforce men, and the few folk who were there –  the likes of me and a few intrepid tourists –  were all firmly ordered onto the pavement, whereas usually you can get up close and personal.

I mentioned in an earlier post, that I am trying to run along every street in Lutyens Delhi over the next 2 months as I train.  By varying my route slightly today, I discovered 2 more fab flowery critters, cousins to the others I shared with you a couple of days ago : 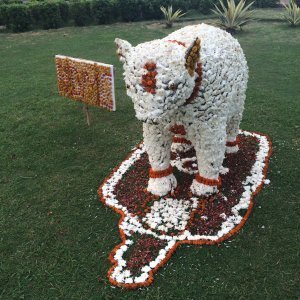 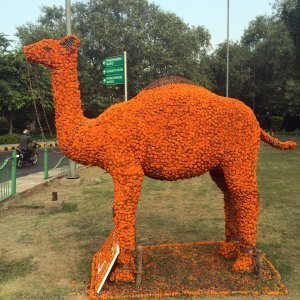 In honour of Gandhi-ji’s birthday yesterday, there were also lots of floral tributes to the great man.

Again, only in Lutyens Delhi.

Such a cosseted part of town : 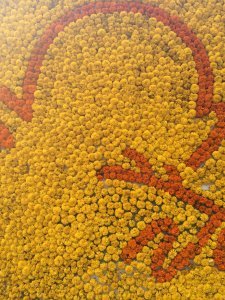 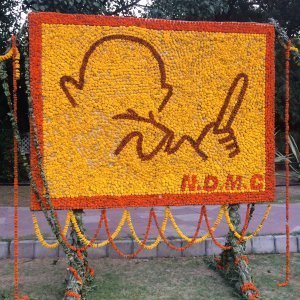 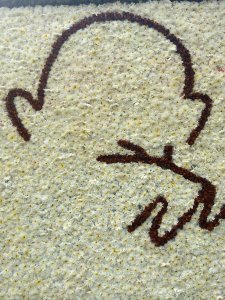 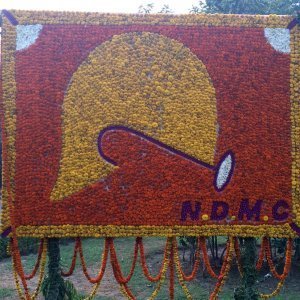 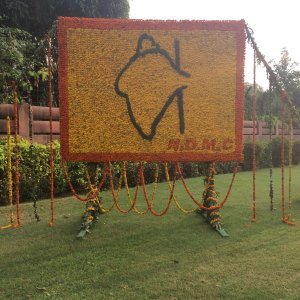 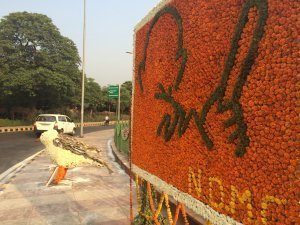 And then, oh joy of joys, on the way back via Teen Murti, what did I see but teen wicked fellas, waiting to be burned tonight, Dussehra. 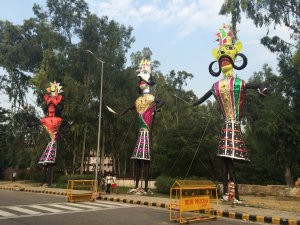 You know this blog post is going to end, don’t you?