Last weekend, driving up from Karwa, we spent a night in Pune with cousins whom we haven’t seen for a while, and we had a brilliant catch up.

After so many hours in a car, I needed my running fix, so on a quiet, warm Sunday morning I went out to explore the streets of Koregaon Park, and what a pleasure that was.

Pavements.  Pavements that are un-encroached upon, too.  Just imagine that!  That’s a concept that is virtually unknown here in Delhi. 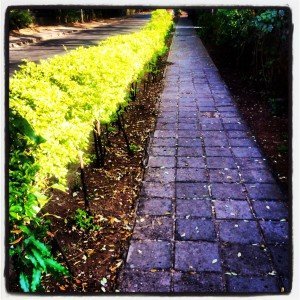 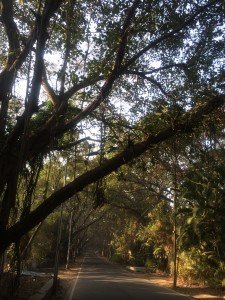 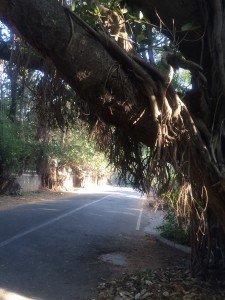 The quiet, tree-lined avenues of Koregaon Park are both delightful but also a little sad, with some of the fabulous, gracious old homes that are the signature feature of this area being pulled down. 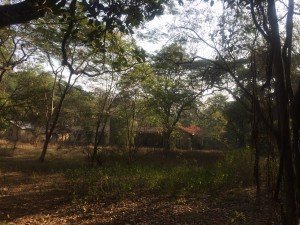 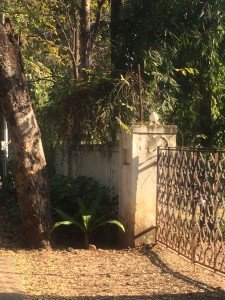 Every time I ran past a building site, I felt sad : 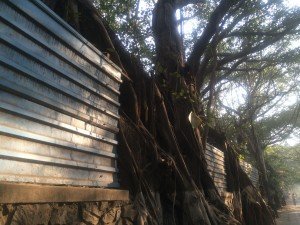 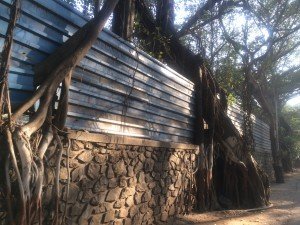 There was blissfully little traffic, and it all felt so quiet and safe and peaceful.

I was a little surprise by the police presence until I huffed and puffed down one street and, voila, Osho’s ashram :

I tried to take some more photos, but a safari suited guard rushed out in front of me and uttered that immortal phrase in India, which covers any situation  –  “Allowed nahi hai” (non-Hindi speakers I am sure you can figure it out!).  When I asked him in Hindi why it wasn’t allowed and who could stop me from taking a photo in a public street, the poor man got a little flustered and said, “Oh, THEY say so” pointing his fingers at the be-robed foreigners on the opposite pavement.

And you know what?

I was so enjoying my run, and I have such trenchant views on ashrams and communes and the like, that I decided the last thing I needed was to engage with some middle-aged foreigner drifting about in robes and thinking they were Indian sadhus or whatever, so I just ran on.

But I have to say that from the outside, it looks more like a posh resort than a place of religious whatever it is.

But just in case any of you are thinking of heading Osho-wards, there is a stall further down the street, selling what look to be second hand robes : 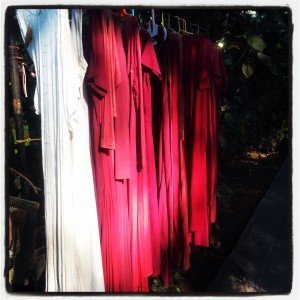 Just as with the ashram, I let sleeping dogs lie…literally and metaphorically… 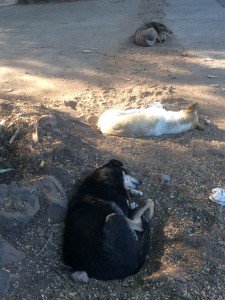 There were contradictory rickshaw messages: 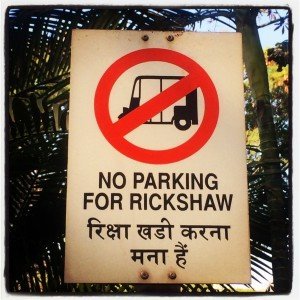 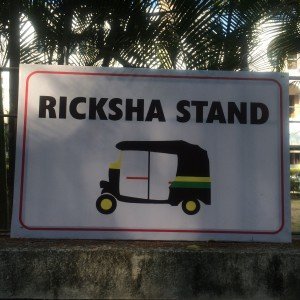 A great place to run, especially on a lovely warm Sunday morning. 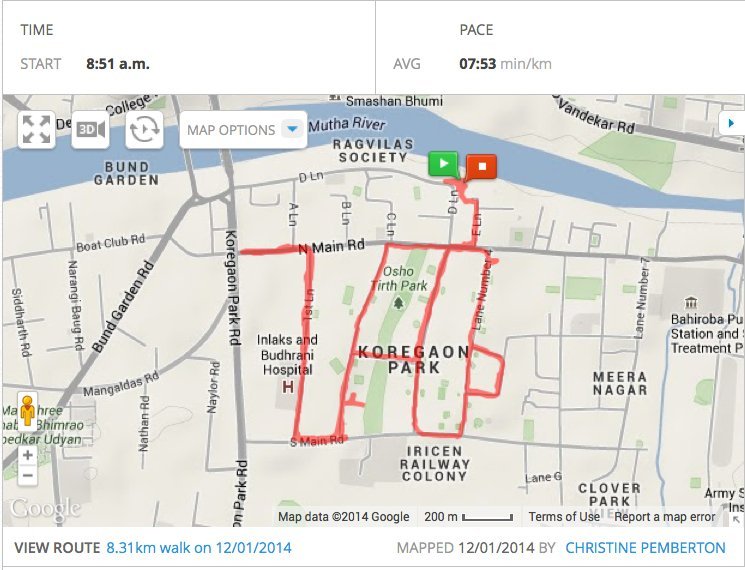