Now if this news about POTUS cancelling his trip to Agra to see the Taj Mahal is true, then I for one am cheering.

Not because I especially care either way whether POTUS & FLOTUS get their photo op in front of the Taj, but because it would appear that the Indians have finally said “no” to the Americans and their completely OTT demands.

I am neither Indian nor American, so have no patriotic/emotional feelings either way, but as a resident of India, I guess my sympathies lean more towards the mystic Orient, rather than the we-demand-your-airspace-be-closed-for-our-President-style of the Americans.

(Pause to say “some of my good friends are Americans, and indeed one of my dearest friends is an American, and my surrogate daughters are both Americans…you get my drift…)

But all of that doesn’t prevent my being thrilled if the version below is truly the real reason behind the breaking news.

“President Barack Obama’s decision to cancel his visit to Agra came after Uttar Pradesh authorities insisted that he would not be allowed to use his armour-plated car to drive through the Taj Mahal’s eastern gate, government sources have told The Indian Express. The Secret Service, which protects President Obama, said having him travel into the complex in a battery-powered golf-cart posed an unacceptable security risk.”

The Supreme Court had earlier directed all visitors to the Taj Mahal to disembark at the Shilpgram complex, 500 metres away, and board an electric vehicle to the entry gate.

“Basically”, a senior Home Ministry official said, “they told us to get an order from the Supreme Court, which was of course impossible in the time we had left”. Uttar Pradesh officials have offered no official comment on the issue.

The Secret Service’s 100-odd staff who were in Agra for the visit left their hotels on Friday night, after receiving instructions to stand down.”

Don’t you think they would all have addressed the issue of transport well before?

Or did everyone suddenly wake up this Saturday afternoon (when POTUS is due to land here tomorrow morning) saying “Oh heck, the golf cart.  Nah, we’ll take The Beast instead.  Whadyya mean they won’t let us drive it inside the Taj?”

So do you reckon the prosaic reason – that he is off to condole with the Saudis – is true, then?

If perchance it is true, and POTUS really does have to go to Saudi in person, on the day he was scheduled to be here with us in India, then

(a) why did they even bother announcing that the VP, Mr. Biden, was going?  Isn’t it a bit of a smack in the face for Mr. Biden?  Announce he’s off, and then cancel, and send a higher ranking substitute.

(b) isn’t it very rude, to ditch the Indians this late?  It’s like accepting an invitation to a dinner, and then declining just before, when all the preparations have been made.  After all, the powers that be have apparently been scrubbing Agra clean to within an inch of its life, with people being paid a miserly Rs300 a day, all in honour of the Obamas.  So to cancel now is a tad rude.

(c) what a colossal, obscene waste of time and money and manpower these last few weeks, for both the Americans and the Indians.

I really do want to believe the car story, because it will mean that India has finally found some backbone.  And this is even better than the backbone they found when they removed all the barricades outside the American Embassy in December 2013.

And who are the winners in all this?  All those lucky folk in Agra, and all those lucky visitors this weekend, who get to see the city all nice and clean, one understands. 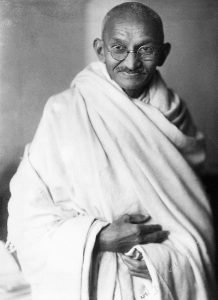