I haven’t lived in my native Britain for many, many years.

I left England aeons ago, and though I have obviously visited many times over the decades, it’s been a long time since I properly lived there.

So I actually have no idea whether or not the good burghers of Britain still eat Shrewsbury biscuits or not, but here in India we do.

Well, we do just as long as we have a friend or a relative in Pune who can buy them from Kayani Bakery – motto “we have no branches.” 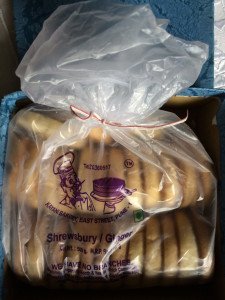 Himmat has family in Pune and over the years, whenever they visited, they have always brought us boxes of biscuits.  Having just been the recipient of their generosity recently, I decided to delve a little more into the story of these quintessentially Shropshire biscuits that are now, hey presto, a sell-out speciality of Maharashtra.

There are any number of accounts online of people queuing to buy boxes of these biscuits, which apparently sell out just as soon as they are baked.  Selling like hot cakes, almost, one could say.  If one were making a pad pun.

In India, at least, Shrewsbury biscuits are one of those things that are now totally associated with Pune.

Quite a wonderful bit of globalisation, long before it became fashionable. 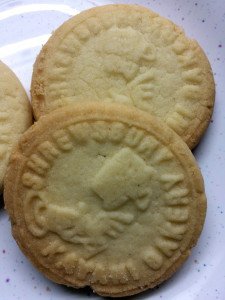 It is so long since I ate the English version of a Shrewsbury biscuit, but I do remember their being distinctively lemony in taste and (I think) quite light.

The Indian version of these biscuits is more robust than the biscuits I remember from my childhood and not at all lemony. Thanks to dear Mr. Google I learn that this is because there is no lemon in the Pune recipe, so that seems pretty self-explanatory… 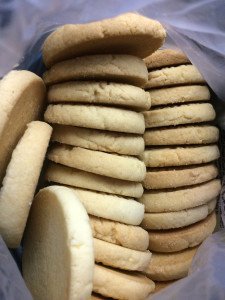 So as I sit here on a freakily chilly, rainy March afternoon, polishing off the last of the Pune delivery, Delhi seems quite, well, really quite English, with all the rain, the wind, and the tea and Shrewsbury biscuits.

And yes, are you a bit puzzled by my food post?  You’re absolutely right, food blogging is not my usual scene, I agree.

I had been thinking today of talking some more about the ongoing rape documentary story here, and also about another story doing the rounds on the internet about Gandhi-ji’s views on sex and rape, but I decided to leave it for a day, to be able (I hope) to see things clearer.

Everything is so murky and aggressive now, that tackling the purported views on sex and rape by the most revered man in the country needs some perspective.  I also need to find out if it’s all true.

So, perhaps you’re right, a bit of a cop-out talking about food.