You know that lovely Billy Connelly film about a man who sues God?

OK, here is the story, in brief – when the insurance company refuses to pay him for his boat, destroyed by a lightning strike, claiming it was an Act of God and therefore not covered, a man takes the various religions to court, arguing that if they say they represent God on earth, then they should be liable for his boat.

It’s a sweet film, which makes you think.

So now let’s head over to Bihar, where an Indian version of this is starting to wend its way through the courts.

To wit.  A man wants the Hindu God Lord Ram to be punished for cruelty to his wife Sita : 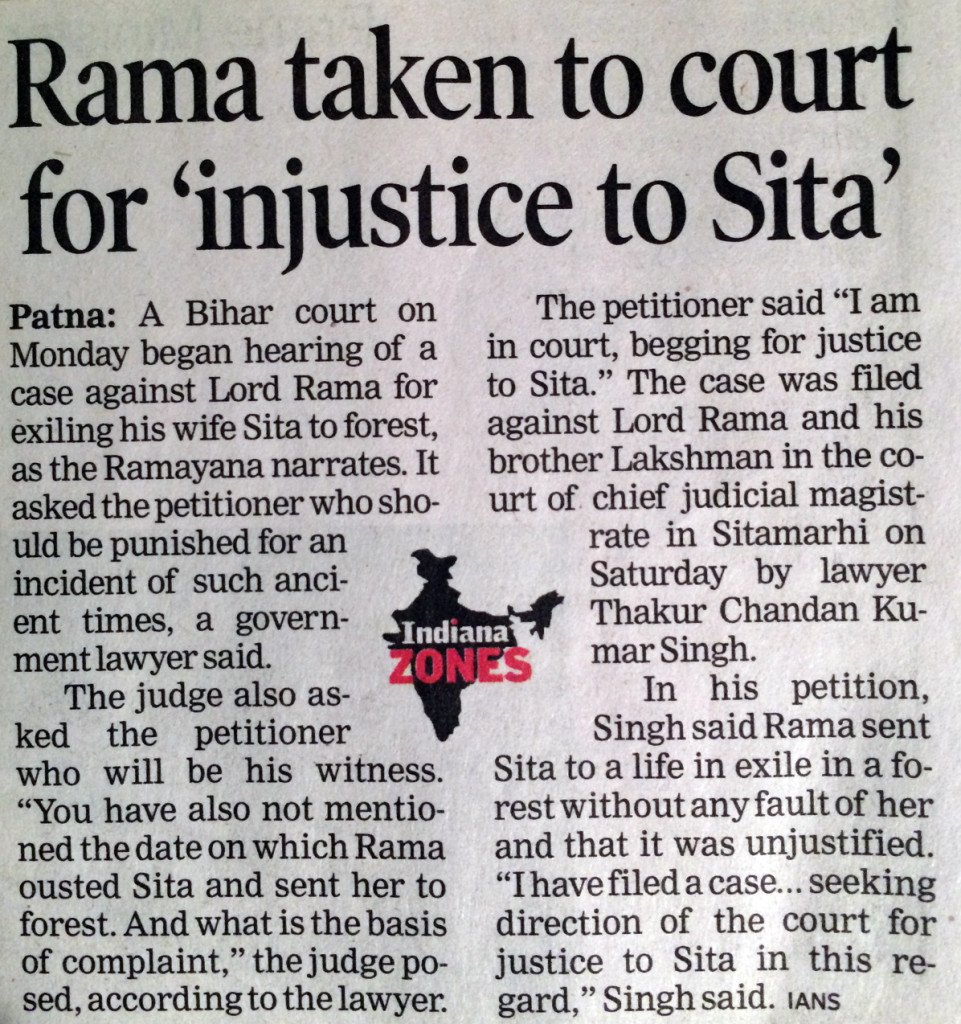