A beautiful police horse is dead after being attacked, and all you can do is try and wriggle out of his death AND to boot, blame the vets.

“Poor medical treatment was given to the horse,  All the focus was on targeting BJP over the issue,  The horse could have survived.”

Oh really, Mr. Joshi. So not only are you a local MP (this man is an MLA – Member of the Legislative Assembly for the ruling BJP) so Mr Joshi, not only are you a politician, you’re also a vet. Possibly even a rider, too.  Who knows?

Tempted to add who the f*** cares, but I am supposed to be a grown up blogger, so I won’t.

Let’s back track shall we.

Shaktiman, a police horse that was the pride of the force, was on duty during a BJP protest in Dehra Dun. 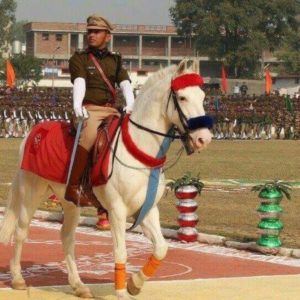 Mr Ganesh Joshi, our knowledgable MLA was arrested in March for attacking the police horse with a lathi (a heavy cane) during a demonstration. Mr. Joshi and several unidentified other people allegedly hit the horse so badly that one of his legs had to be amputated.

Well, he would, wouldn’t he? 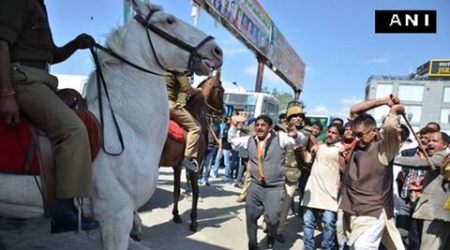 The images were gruesome and, to be honest, I avoided telling you all about it.

I know one shouldn’t shy away from things, but when it comes to cruelty to animals, I’m a moral coward.

So I didn’t share all this cruelty at the time, the awful photos of this gorgeous creature bleeding, wounded, having a leg amputated.

But now that Mr. Joshi is denying he had anything to do with it, and asserting veterinary incompetence into the bargain…here you go. 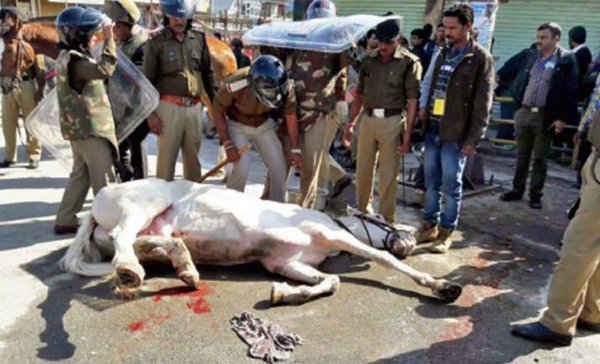 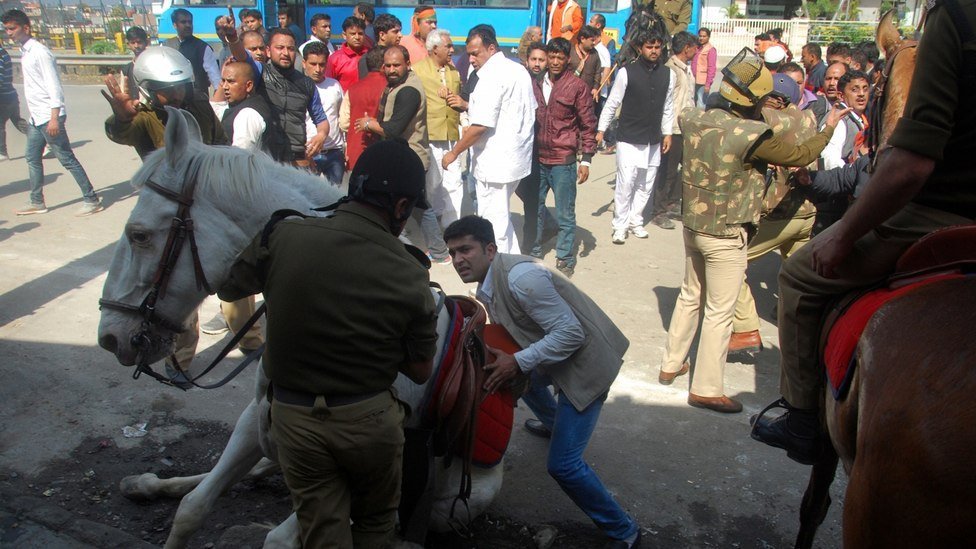 Despite the assertions of the (allegedly) cane-wielding Mr. Joshi, who knows a thing or two about veterinary science, remember – “Poor medical treatment was given to the horse” – it looks to me as though these vets knew what they were doing. 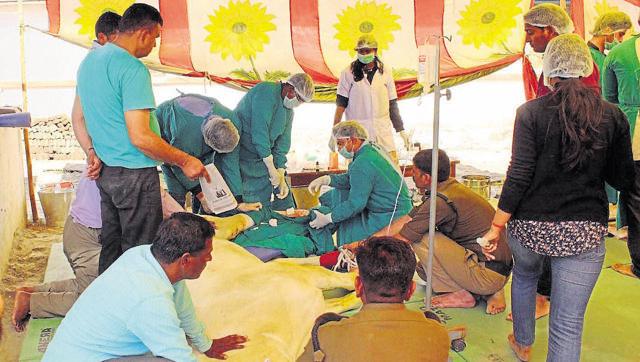 Sounds like it, too, from this report in today’s Times of India: 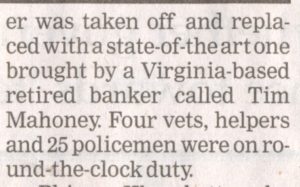 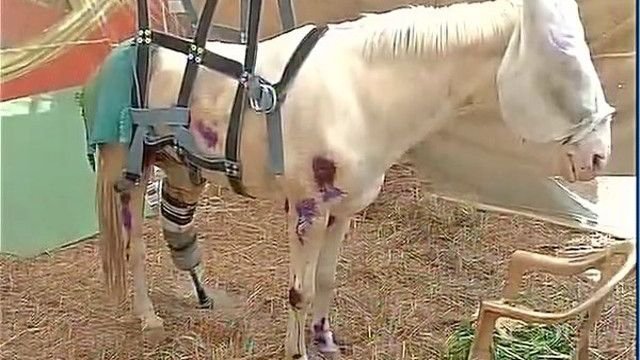 Never mind not using horses on police duty, Ms Gandhi.  How about not having animal abusers in your party?

The whole thing is so sad, and so ugly, and now we must wait to see what will happen to Mr.-“If I am found guilty, then cut my leg”-Joshi.

I leave you with the words of the revered Mahatma Gandhi:

But I’m sure Mr. Joshi knows this already.

Battling Delhi’s VIP culture. At the ballet, of all places