Some people, it seems, will go to any lengths to try and achieve glory.

Or, in the case, of Dinesh and Tarakeshwari Rathod, a husband and wife cop couple from Pune, they will (allegedly) go to any heights to try and achieve glory.

I was first alerted to the unbelievable story of faking your Everest summit photo 2 nights ago on Facebook by my friend Kuntal Joisher, who summited Everest in May this year.

As far as one can piece things together, the story goes something like this.

A climber from Kolkatta, Satyarup Siddhanta, has claimed that his summit photo was photoshopped to show Tarakeshwari Rathod standing on the summit.

Since I first read the story on Kuntal’s FB wall, it has hit the press big time and it is still not clear whether or not Mr. & Mrs Rathod summited, but what does appear increasingly clear, is that they have swiped someone else’s photo.

Kuntal was very fair and measured in his online comments – that’s the kind of man he is, from personal experience –  so I am taking the liberty of quoting some thing he said, that ring so very true (but let’s be clear, I am acknowledging him!  Am SO not doing a Rathod here 😛 )

“Here’s the two images side-by-side for anyone’s comparison. Look at the positioning of the people in the background, their clothes, what they are holding, the prayer flags, the snow condition, the oxygen mask, the goggles, the snow on the down suit, the jumar, the figure 8 device – exactly the same, and in exactly the same position. I think it’s clear case of stealing the photograph and doctoring it. I don’t know whether the couple summited or not, and I don’t care, but the summit photo as far as I can tell has been stolen.”

Here are the photos again, so you can see the details better : 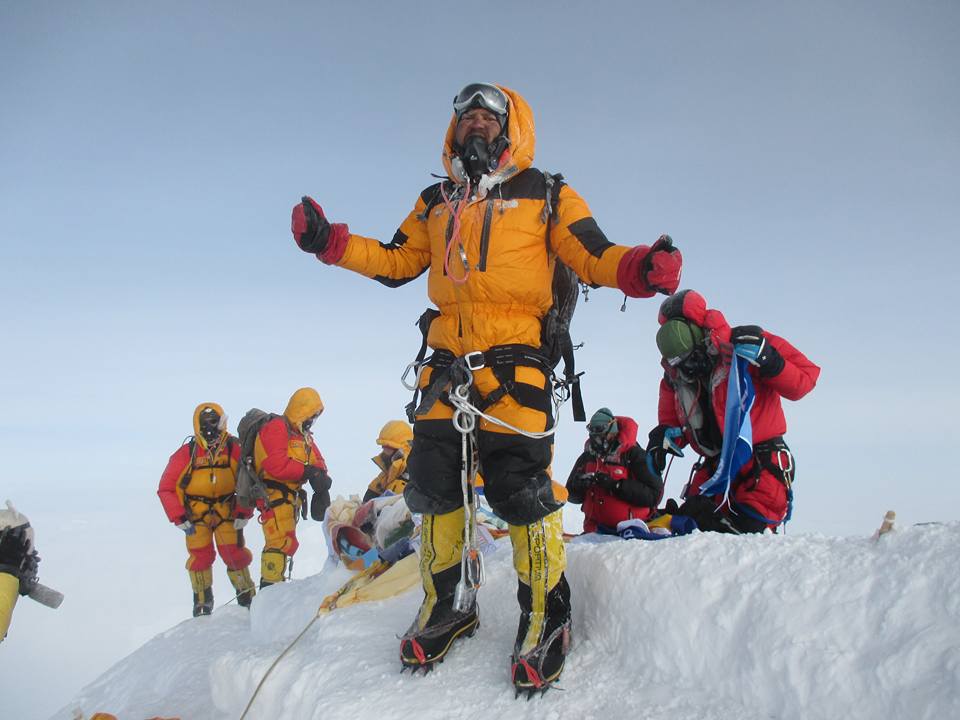 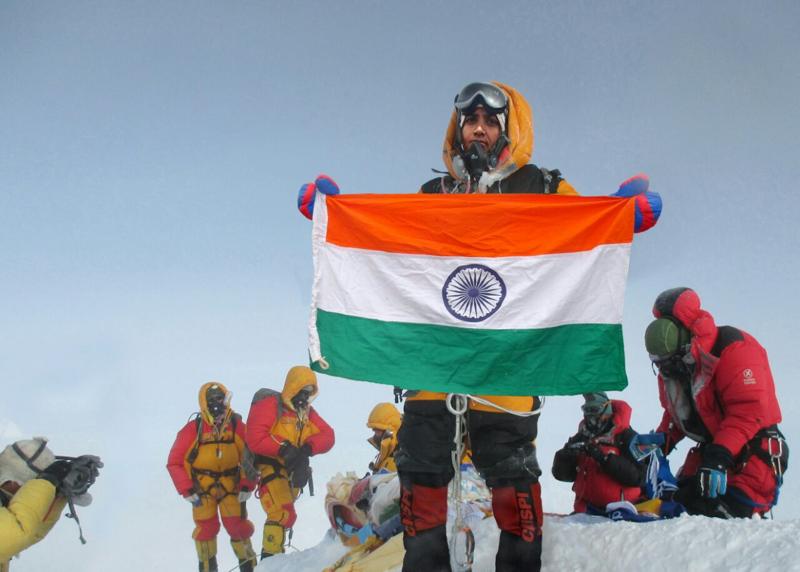 I’m not an expert like Kuntal, but what strikes me as amazing is that 2 days after Mr. Siddhanta summited –  if we are to believe the Rathod’s timeline –  a climber in a yellow anorak was standing in the exact same place with a camera (?) in his hand.

Furthermore, if you are going to pinch someone’s photo and photoshop it, wouldn’t you think you’d do a better job?  You know, perhaps change the anorak colours of the climbers in the background, for example?

Thanks to reading all the fascinating discussions online, I can also share with you the fact that the wind on the summit is so strong there’s no way the flag would hang like that.

The Huffington Post has some very interesting insights into the feasibility and logistics of the couple’s claim, including the fact that no-one seems to have seen them beyond Base Camp, and also the difficulty (if not near impossibility) of changing your climbing suits and boots en route to the top.  You see, the Rathods were in red lower down the mountain but in yellow on the summit.

I repeat, if you are trying to con the world through morphed Everest summit photos, wouldn’t you think you’d first learn how to use Photoshop ?

But the big question remains.

WHY on earth would you fake something like this?  For glory?  Money? Some kind of bonus from the Maharashtra Police Force?

Why, oh why, pick such a high profile achievement, and then do such a seemingly shoddy job of faking?

I find the whole thing tawdry and sad.

Firstly, to want to cheat, and then to think you can cheat and get away with it, in today’s unforgiving world of social media AND in a close-knit world like high altitude climbing.