Before anyone (like my sister) points it out – yes, fine, I admit it.

Having hated the TV series “Indian Summers”, now we are staying in Georgetown where the series was filmed, obviously we wanted to see as many of the locations as possible.

For those of you who don’t know the British TV series, it is a tale of passion, love, betrayal etc etc set in the dying days of the British Raj.  The story of all this passion, love, betrayal etc etc is supposed to take place in Simla in India, but it was all actually filmed here in Penang in Malaysia.  And a nice little local tourist industry has arisen, with the golf-cart-walas atop Penang Hill happy to drive you around and show you the locations used in the film.

And, by the way, for those of you who haven’t seen this series, I wrote 2 reviews, of the 2 seasons, before the plug was, mercifully, pulled on the hugely expensive “Indian Summers.”

Penang Hill is stunningly beautiful, but the peak has been all but ruined by a tourist industry catering, let’s be honest, to the LCD.

“Amusements” of every manufactured hue are there. 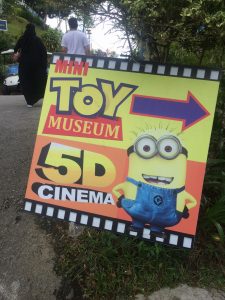 Anything & everything to separate people from their money, & to stop them looking quietly at the view or walking peacefully along the beautifully maintained little paths lined with lush tropical vegetation.

Since we weren’t up for mini golf, nor having our photos taken with a snake or a parrot, nor were we up for tying a bright red plastic Love Lock on a wire fence, nor interested in visiting an owl museum, we instead took a golf cart (private cars are banned) and asked the driver to show us the “Indian Summer” locations.

This at least got us away from the main tourist hub, where the whole idea is to troop from one garish amusement to the next – though let it be said that everything was spotlessly clean and the crowds were super well behaved and not noisy all.

It was all rather sedate, actually.

Anyway, we hopped onto a golf cart and off we went with a nice but vehement-Love-Lock-hating-driver.  Can’t blame him.

He showed us his childhood house, where he still lives with his mother and his 3 adult sons (not much social mobility in that Tamil household, clearly, since his son drives jeeps up and down Penang Hill, ferrying visitors like us).  Poor chap lives just below the Love Lock fence and gets regularly bombarded with keys.

In his own words, “these people throw their keys down and break my house.  Sometimes they throw locks too.  Stupid people.” 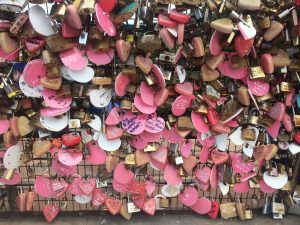 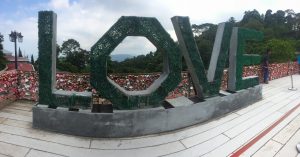 He wasn’t terribly enthusiastic about the “Indian Summers” filming either.

When I asked him whether he had been an extra in the series, he said absolutely not, since they only paid Ringit 100 or 110 per day.  Rubbish money in his opinion.

But he had seen the series, so knew the locations, though most of them are off limits.

The Crag Hotel, which became the Simla Club is, he told us, off limits to visitors because Channel 4 leased it for 5 years.  Ouch.  I’d’ve thought they’d run paying tours there, to try & recoup a little of their vast outlay.

Chotipul, the absolutely lovely home of Ralph Wheelan was also off limits.

We stopped outside the house used as Raj Bhavan, and when I spoke to the guard, our driver  – #bitofanoldcurmudgeon – said “He knows nothing.  He’s from Bangladesh.”  (Echoes of Manuel, anyone?)

We did see the gorgeous little cottage that the missionary family lived in, recognisable by its adorable triangular shaped garden and pretty entrance. 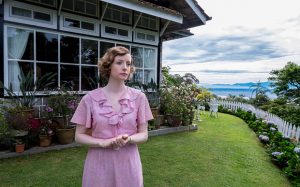 It’s a private home, and the driver said you can’t go in (fair enough) though I later read online that the owners are happy to show visitors their cottage.

Anyway, I just posed, tourist style, for photos to prove to my sister that I had indeed channelled my inner Raj… 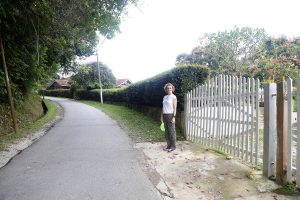 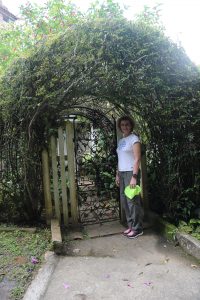 According to our driver, it took 2 days to film the arrival of missionary wife & child in a rickshaw.  He grunted in derision as he said this, so I take it everyone was a bit inept.

Here’s the darling entrance to the cottage: 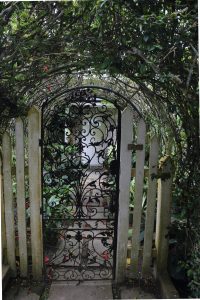 This little excursion away from the Love Locks & the mini-golf & the 5D cinema showed us the beautiful side of Penang Hill, so well worth the trip: