As some of you may know, I am a recent convert to the joys of running.

Indeed I became such a running bore here in this blog, I was informed by some of my nearest and dearest, that I actually started a new blog, dedicated entirely to running, so as not to lose my non-running readers.

But bear with me for one moment while I explain something, will you?

Never mind the health benefits, running, in the few years I have been doing it, has opened my eyes to a different way of visiting and seeing a city.

And especially the city where I live, Delhi.

When you drive past a place that looks interesting, it’s rare that you can just stop, park & explore.  Traffic is ludicrous in Delhi, finding parking is like finding gold dust, so by and large, you drive on, promising yourself that you’ll go back to x, y or z place one day & explore.  Which invariably never happens.

But when you’re running – especially on solo runs – ah, then it’s a different ball game entirely.

As I trot slowly up and down the streets of Delhi, if I see something that interests me, I just stop.  And explore.  Right there & then.

(I have absolutely terrible times for my runs, dear reader, but there’s a price to pay for everything in life, right?)

Which is how, 2 days ago, I came to visit the tiny Dargah Fatima Bi, squashed on the roadside near the Oberoi Hotel, with the traffic thundering past and the hotel construction on the other.

There were 2 women sitting on the side of the road, enjoying the mid-day sun, and one of them showed me the inside of the dargah, exclaiming all the while at the fact I could speak Hindi. 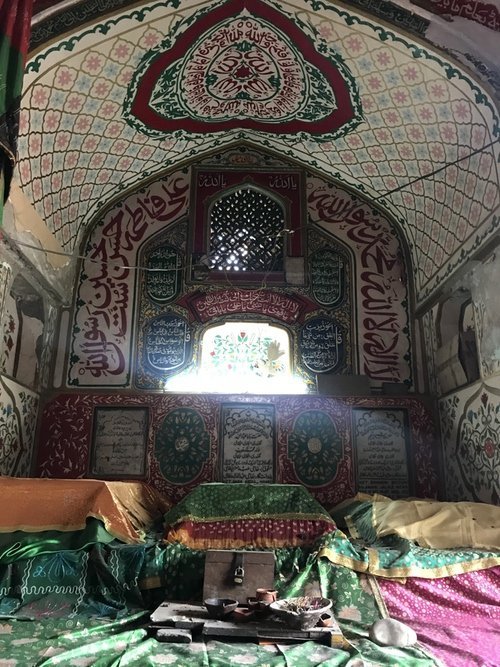 She knew nothing about the history of the little shrine – I only visited the one room.  Next time, I’ll take up her offer of showing me more. 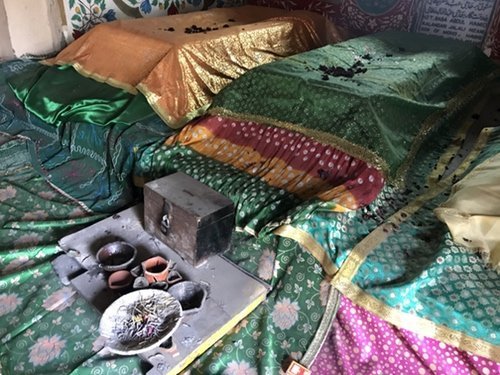 She couldn’t read Urdu, and neither can I, and the 2 English inscriptions I read out to her meant nothing to her, but we chatted happily nonetheless.  Her husband is a construction worker on the Oberoi Hotel site, she told me. 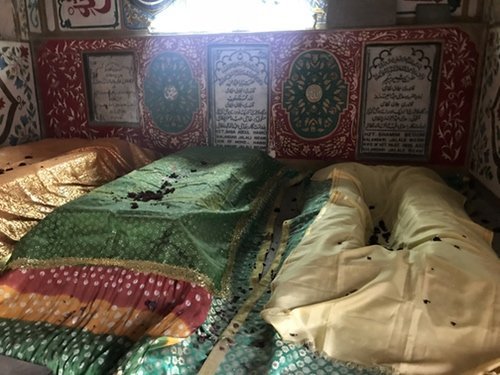 When she said, rather hesitantly, “I’m a Muslim, you know,” it was almost as though she expected some form of disapproval.  I was re-tie-ing my shoe laces when she said this, so I looked up at her and said – in Hindi, obviously – “I’m a Christian.  Does it make a difference? ”

She smiled and said “No”, so I persisted.

She knew exactly what I meant.

Yes, she agreed, it’s very wrong, pitting Hindus against Muslims and Christians against Hindus.  Everyone should be allowed to pray as they like.

And with a big smile and a wave, she saw me on my way: 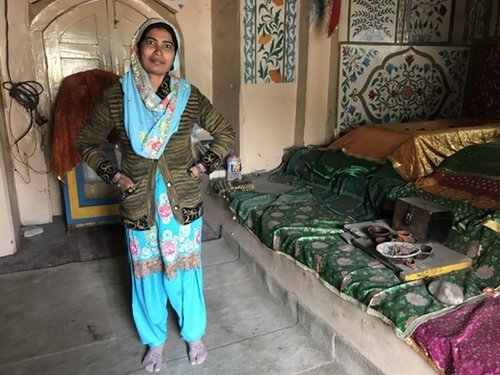 And that, dear reader, is an encounter that would almost certainly not have happened had I not been running.

So now you know.