This is going to be nothing but breathless, gushing, enthusiastic praise for THE most amazing park that has just opened to the public.

Yesterday, Delhi’s so-called “Central Park” was opened to the public, and I am blown away by it.  The old familiar entrance gates of Sunder Nursery, at the back of Humayun’s Tomb, are the same, but the new vistas…something altogether different. 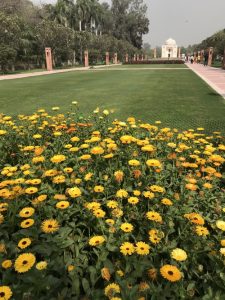 Thanks to the stellar work done by the totally amazing Aga Khan Trust for Culture, acres of land and several Mughal monuments that had fallen into disrepair, in what was the old Sunder Nursery, have been lovingly renovated and restored, and given back to the city.

It is just too, too, TOO fabulous for speech.

We went to visit it this morning, on a late February day that was already full of summer heat (and it’s still another week till Holi!).

A few people there already, everyone enthusiastically selfie-ing away to glory. 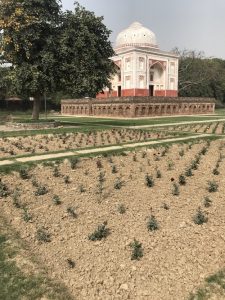 Loads of “malis” (gardeners) and most notably, one brilliant head mali on a scooter, who was driving up and down bollocking the living daylights out of the gardeners for slacking off.

One poor chap was getting an earful about broken pots, another lot were scolded for not placing the pots of saplings correctly.

The head-mali would bark out a few orders, then rev up his scooter and zoom onto the next lot, bark our some more orders, zip off…clearly a man enthused with the new responsibility he has.

And what a responsibility.

Acres of nurseries, a planned bio-diversity forest, lawns, fountains, a lotus ponds – it is all too gorgeous, and you know what, good on the head gardener for chivying the troops along.

And please don’t forget the tombs and monuments that have been restored to their former glory. 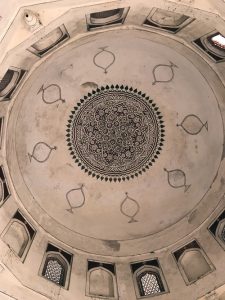 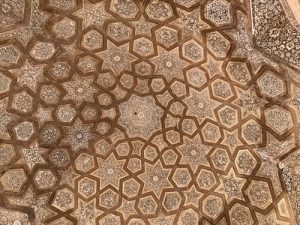 The Aga Khan Trust for Culture has brought back to life several tombs that had fallen into disrepair and – incredibly – seem to have saved one from demolition, to make a road for the 2010 Commonwealth Games.  Seriously?  The Delhi powers-that-be were going to demolish this little gem for a road? 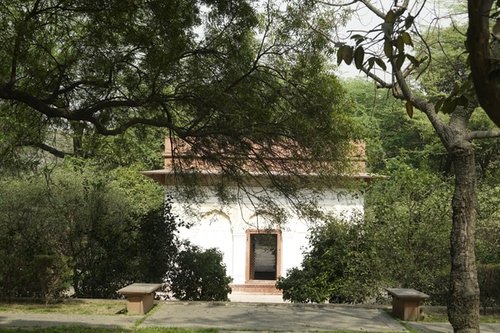 Go, go, go and admire the heritage that has been restored to us.

What a fabulous initiative, and when you think that there are plans for open-air sufi concerts, and even bigger plans to link this garden to a contemporaneous monument in the zoo, which was originally part of this complex…oh, gosh.