This is THE most adorable story of the day.

The iconic & much admired Indian company the Tata Group has just re-opened its heritage HQ in south Mumbai, after renovation and restoration work.

“While the newly refurbished building has plenty of interesting new highlights, a kennel for the stray dogs living around the area, has to be one of its most noteworthy features.

“In a first for Bombay House, a kennel has been created for the canine friends who have been an integral part of the building for decades,” says the official press release by Tata, reports NDTV.

This is the first time that an Indian firm has opened an animal shelter in its premises.

Ratan Tata’s fondness for dogs is a well-known fact, and and it is widely believed that he put in a request for strays to be let into the premises of the iconic building.”

This is the area where the street dogs living around the area can have a meal, drink water, take shelter from the sun or rain or just chill out…”

Here you go, a sneak peek inside the dog room: 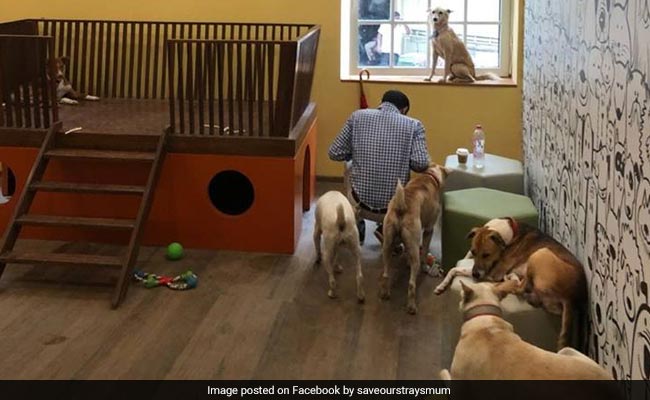 What’s not to love?

As a self-confessed crazy dog lady, this is the kind of news story that makes me smile and, if the truth be known, get a tad emotional.

Good for the Tata Group.