I sometimes give Delhi a hard time.

Well, quite frankly, and at the risk of upsetting anybody yadda yadda yadda, quite often this city is not a particularly likeable place.

Now I give you crass, stupid, dangerous vandalism.

Last month, a bridge was inaugurated in east Delhi.

Conceptualised in 1998, started in 2004, it was finally opened (though it is still not completely finished) a mere 20 years later.

Can’t really be bothered to rant about the time and the colossal amount of public money spent on a bridge. 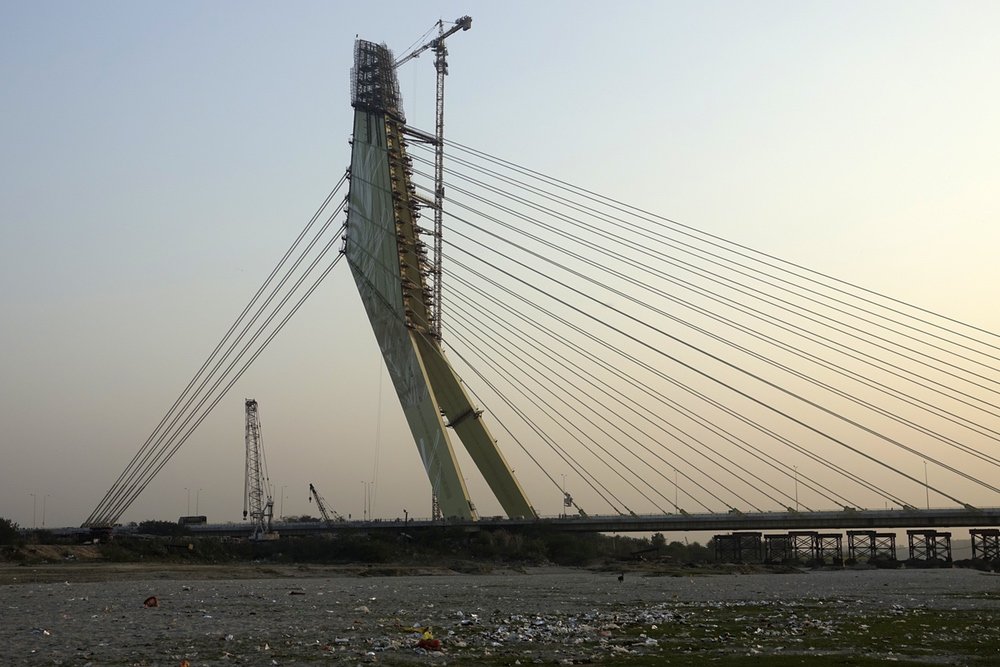 Grandly named the Signature Bridge, there are hopes that it will pull in the punters, and I quote (from the ndtv.com website): 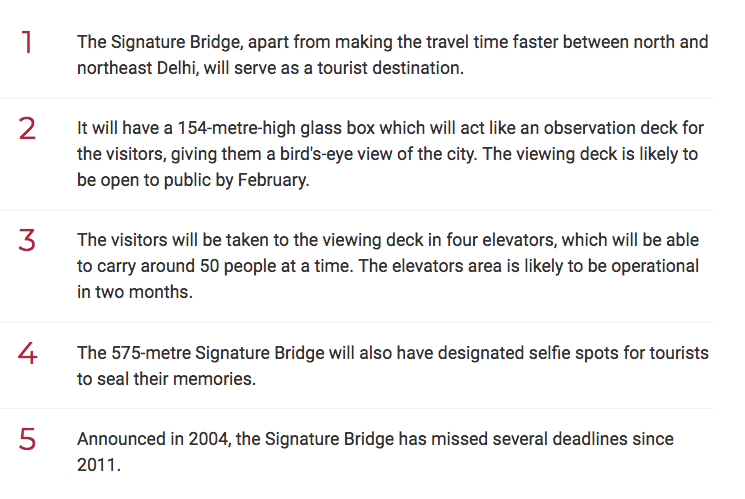 I draw your attention to Point 1.

If my experience is anything to go by, a panoramic view of the filthy garbage strewn in the river-bed below, is what you’ll get.

Last Saturday, one of my running friends, the talented photographer Sunil Punshi, took me to see the bridge.

He’d been one morning at dawn, & talked of the clean water & pretty views, but when we went in the late afternoon, Sunil was as taken aback as I was at the filthy state of the river bed: 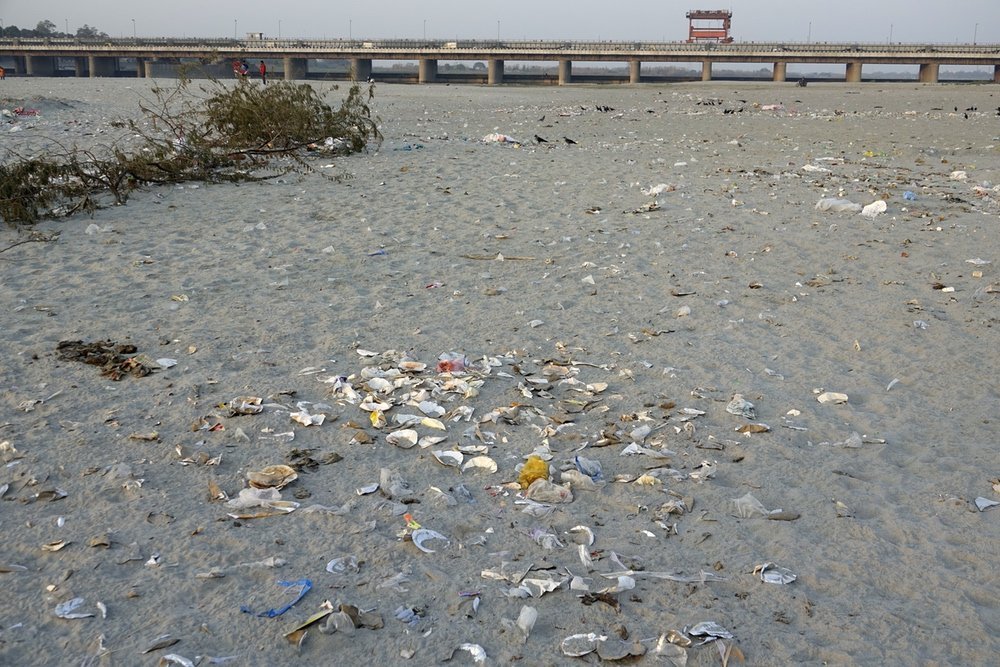 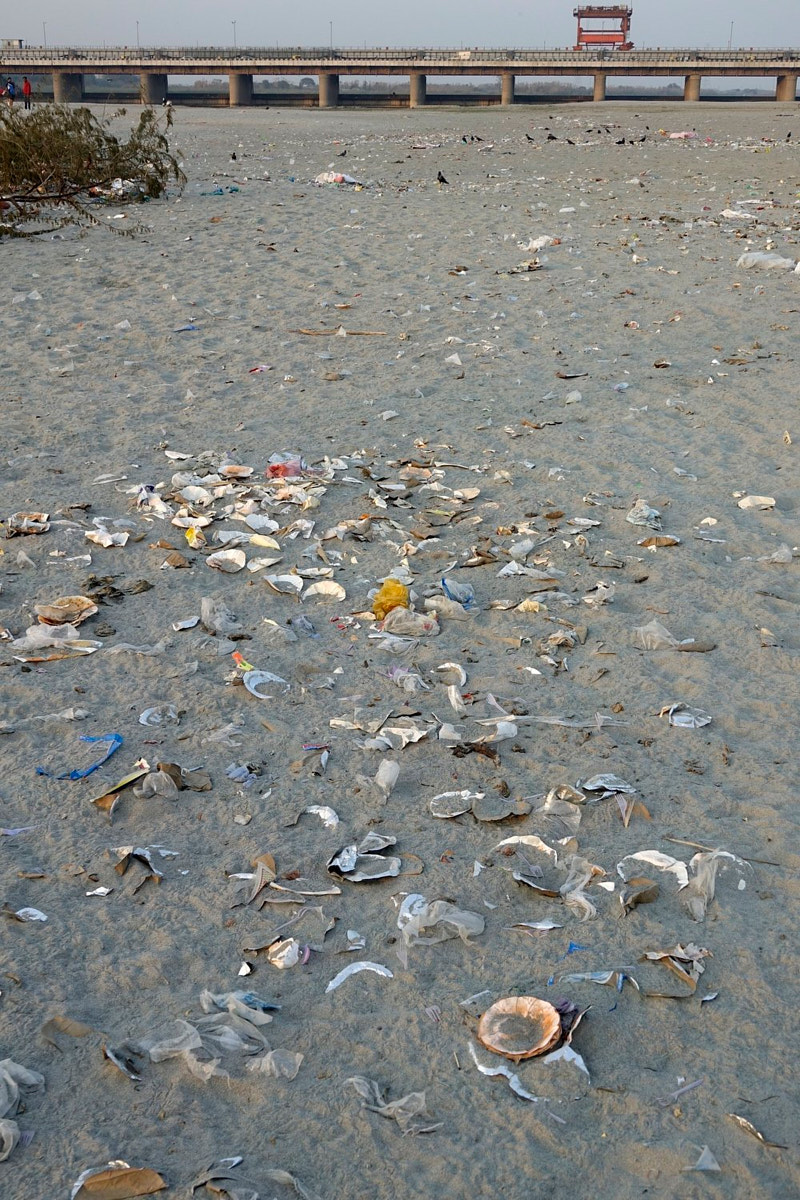 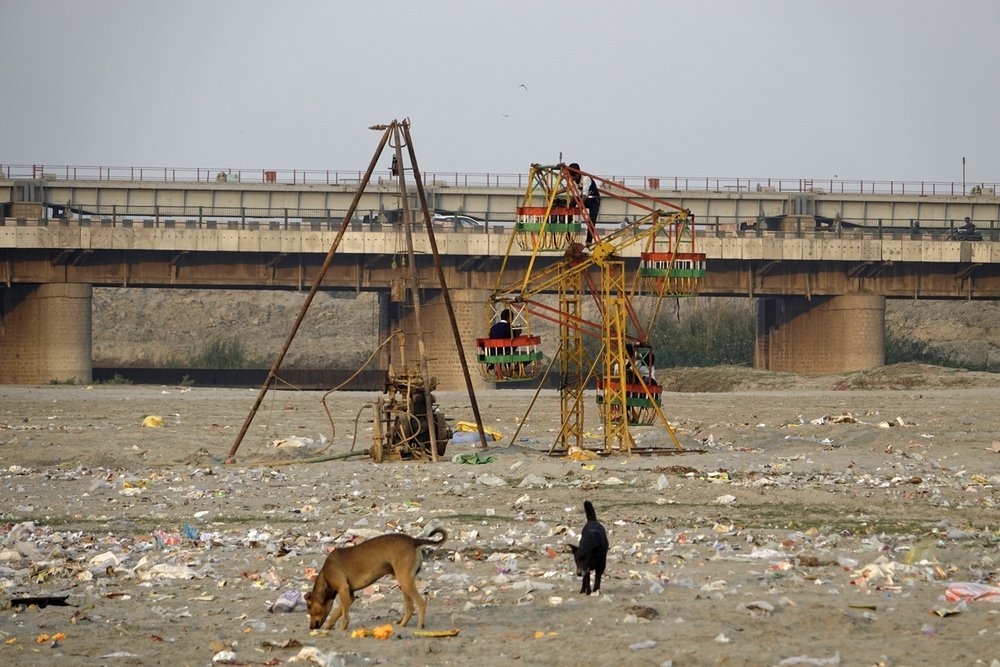 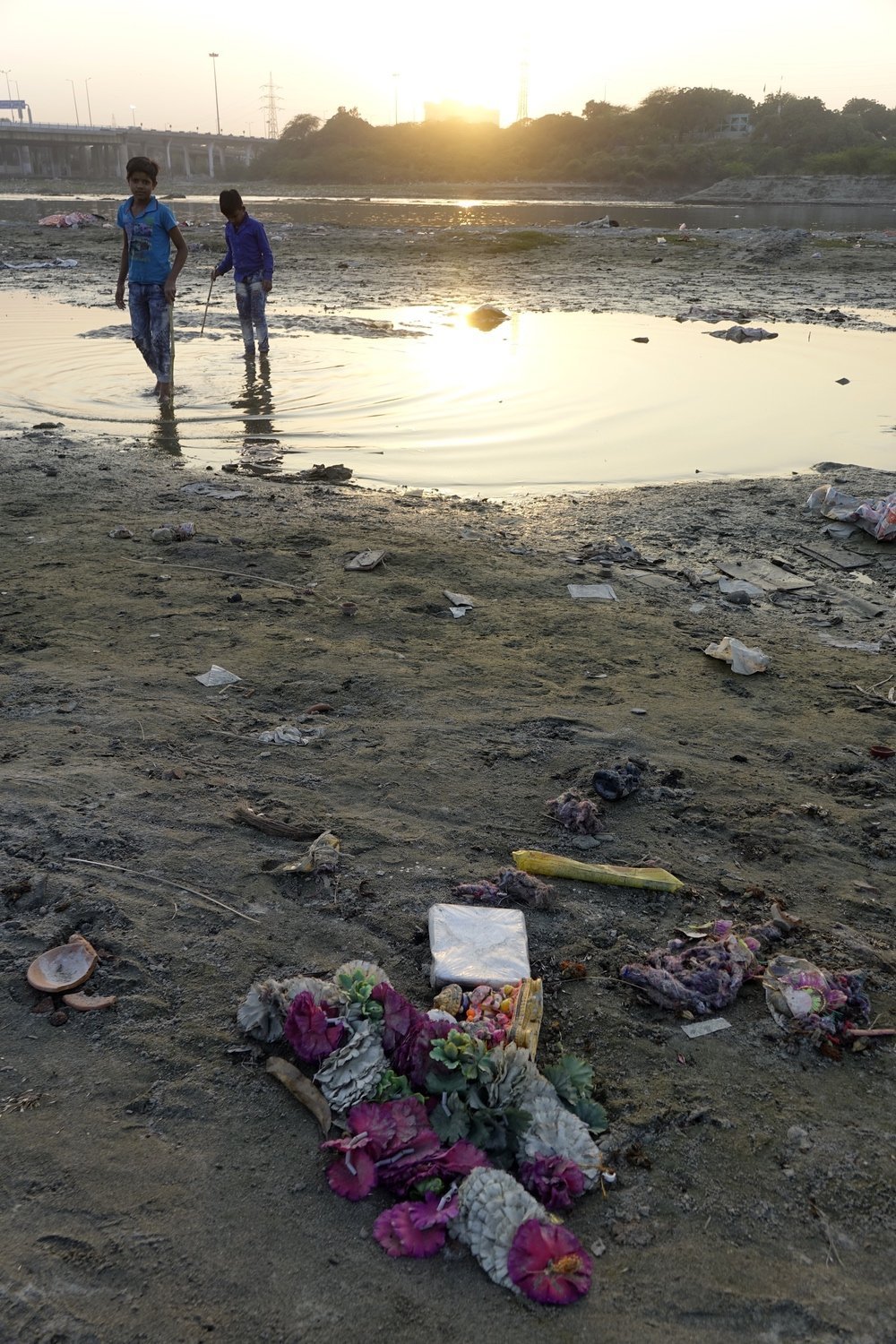 That is the ground reality, my friends, regardless of how advanced a technological feat this bridge may be.

This is what the tourists will see.

And it is actually worse than my photos would indicate because the filthy garbage and plastic goes on and on, in a depressing way.

To be fair, I’ve seen nice enough aerial shots taken from the bridge, when the river level is high, so I guess it’s all a question of timing your visit correctly.

We went for sunset at the bridge, and got this. 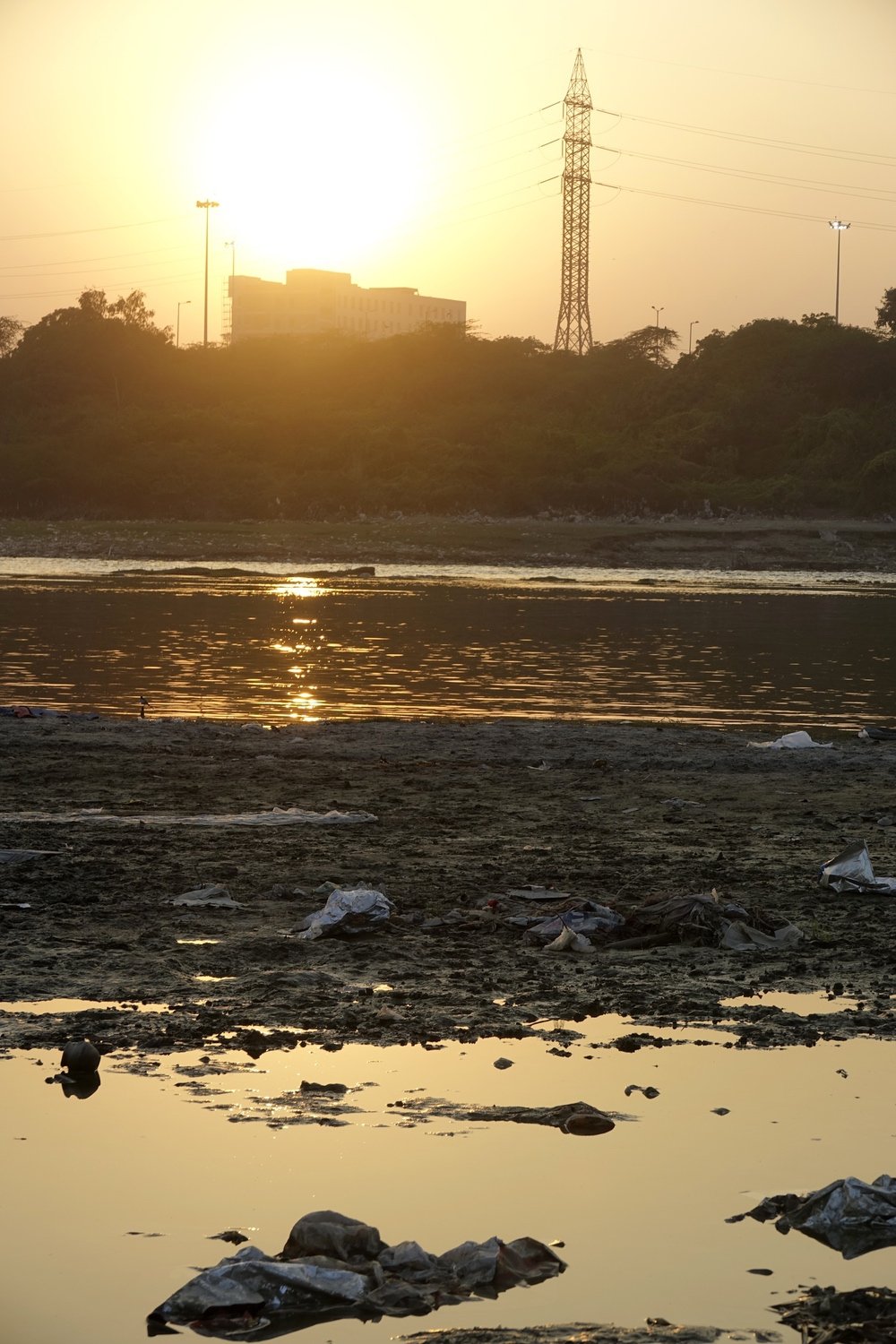 In the first couple of days people died in accidents on the bridge, and people tried to climb onto the pylons for their idiotic selfies. 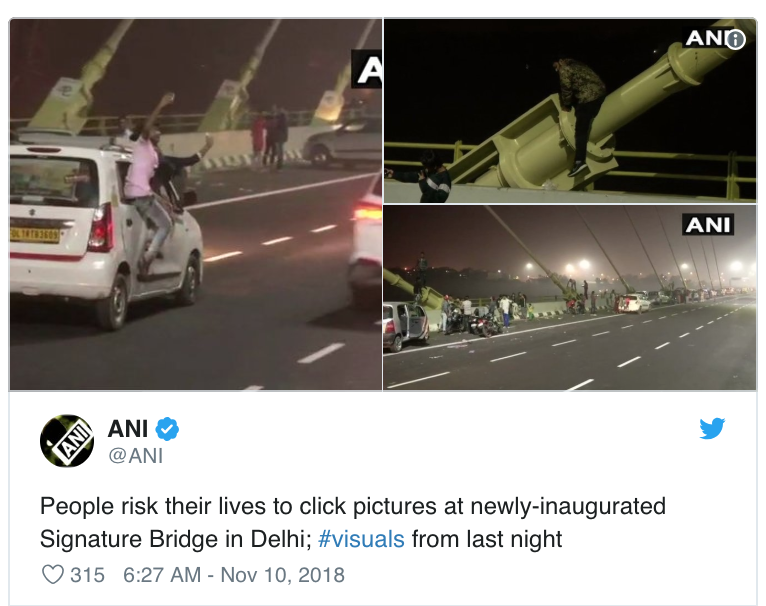 You have to sympathise with the cops:

As if this were not enough now, within a month of the bridge being opened, vandals are stealing nuts and bolts.

“Vandals have started stealing the nut and bolts from the cables connecting the pylons with the surface.”

In a decidedly measured response to these acts of theft, the authorities said, and yet again I quote:

“If sufficient number of bolts are removed, this seemingly simple act of vandalism can become a safety hazard.”

I applaud their relaxed approach. A “seemingly simple act of vandalism”, huh?

In my view it is theft, it is dangerous, and it needs to be stopped now.

Don’t they have CCTV cameras on this bridge?

If so, catch the thieves and punish them.

Even a “seemingly simple act of vandalism” needs punishing, especially when it can, potentially, put innocent people at risk.