The weather in Delhi today has been unbelievably fabulous –  it is SO perfect right now  – that it seemed a crime to stay indoors.

So we went out.

Off once again through the impossible traffic.

Back past Tuklagabad Fort, for the second time in 2 days.

But today there was no mela shopping, but rather a visit to the Karni Singh Shooting Ranges, to watch our young cousin Manu at practice.

Manu is part of the Indian squad for the World Cup in Chile next month, so with 2 of his team mates was hard at work today.  I had last been to the range years and years ago, so obviously the whole place was unrecognisble, after a mega-makeover for the (yes) Commonwealth Games.  Smart seating, smart roads, but already everything looking sadly unkempt.

But the view from the ranges is absolutely fabulous, overlooking the fort, and with the deep blue sky we had today, it really was quite something.

We took a picnic lunch, and sat on the rocks on the warm sun, and it was all very pleasant, and distinctly un-Delhi-esque. 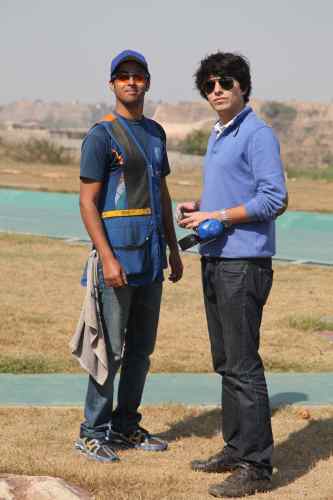 That’s Manu and Hari, by the way.

Back through lunatic traffic, made even more lunatic by lots of lorries carrying devotees (mainly young men) and idols of Saraswati (I think) for immersion – but where exactly ?  Anyone know ?  Lots of loud banging of drums, and tinselly cloth tied round their heads, and a good time being had by all. 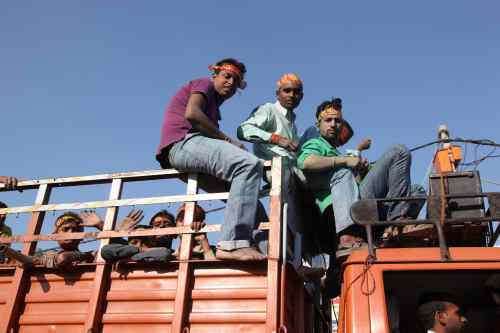 The news today has been dominated by the announcement that the parents of young Aarushi Talwar, found murdered in 2008, have been charged with her murder.  I do so hope they are not guilty, as the idea is too repugnant.  They have always appeared so dignified in their grief, but the tide of public opinion (if judged by the vociferous press and TV media here) has certainly turned against them.

And did they also murder the poor servant, who is always very much an after-thought in this whole drama ?

Saw this interesting article about how to lower the statue that interferes with the airport runway.  Those of you who have flown into Delhi may well have seen the huge statue of Lord Shiva, and wondered.  The unauthorised height of the statue has prevented the full use of the runway – so this solution strikes me as a very reasonable compromise between religion and modernity.

3 times a week, we start our day with a yoga lesson. The teacher comes home, and Himmat and your devoted blogger do 45 minutes of v-e-r-y easy yoga.

Our teacher couldn’t be more unassuming if he tried. A far cry from the celebrity yoga circuit, which is about to get its come-uppance it would seem : 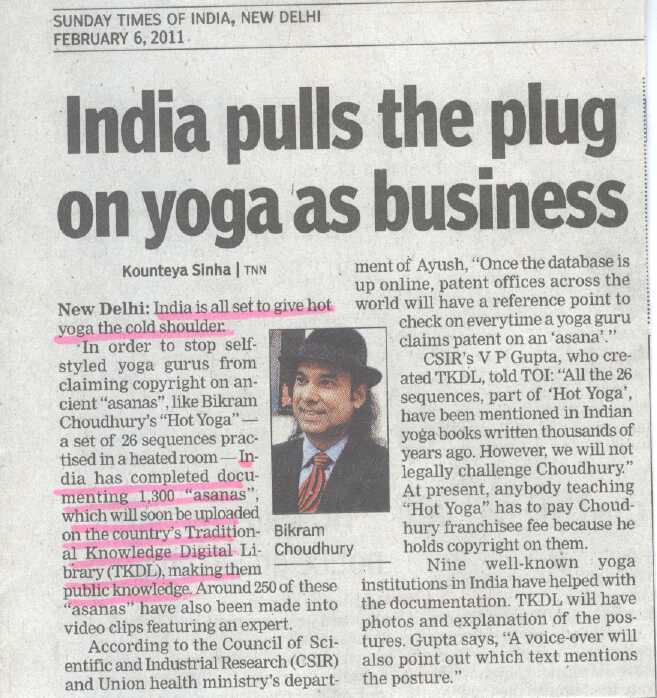 Thanks to yoga, we are in no immediate need of the services of Dr Shekhar, who sounds thoroughly delightful. judging from his jolly flyer tucked into my morning paper : 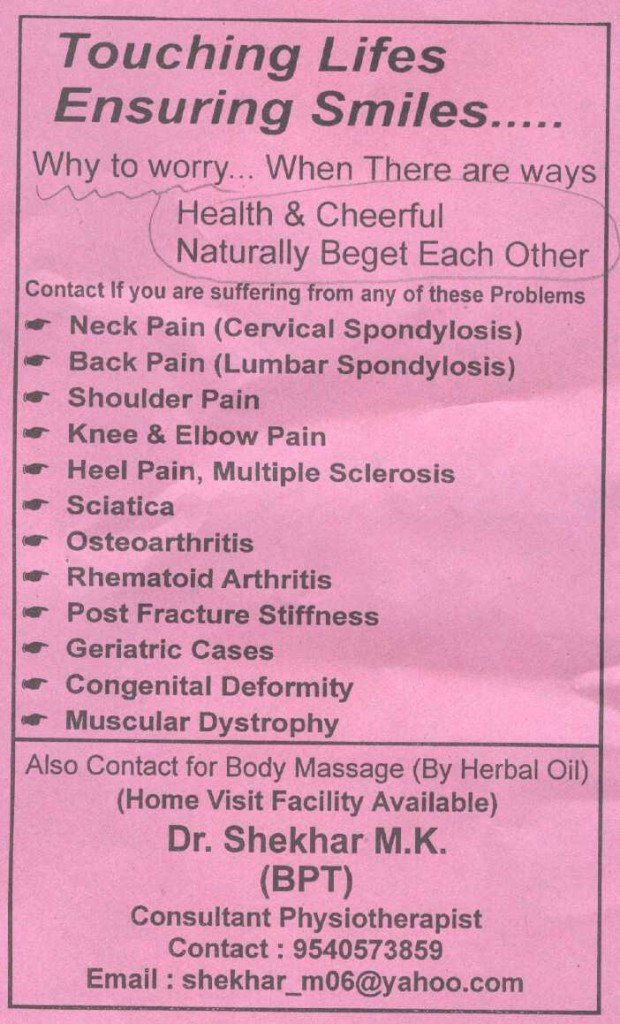 “Why to worry” the good doctor asks, and why indeed.  And I do so agree about Health and Cheerful, don’t you ?

Before I sign off, today’s dotty Indian news for you : 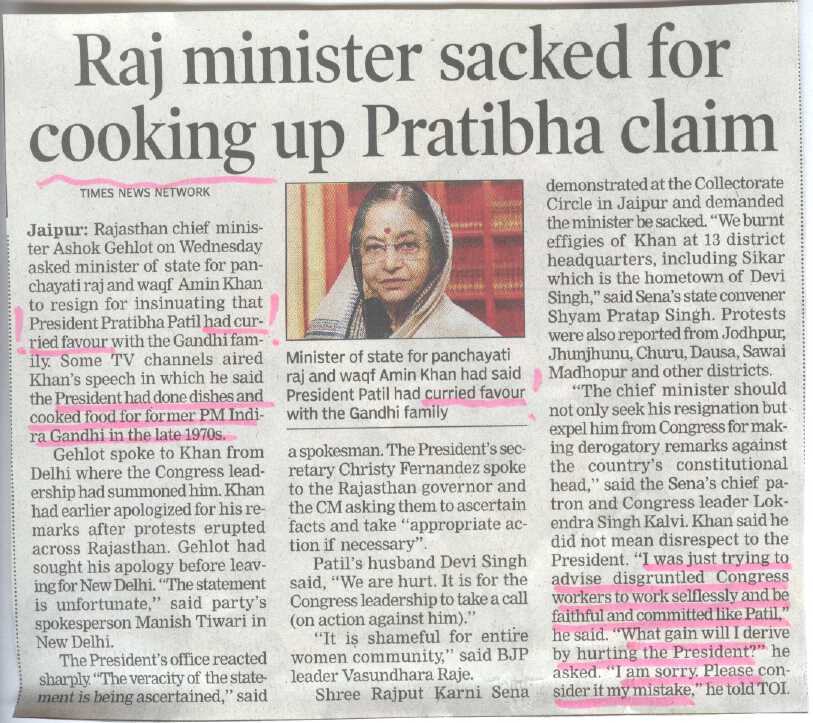 What I find tragic in this report is that the reporter (or the anonymous Times News Network) seems blissfully oblivious to the currying favour puns made…I tell you, in the right hands, this could’ve been hysterical.

Right, what else do I have for you ?

Well, I have a nice Photo of the Day. Well I think it’s nice.

And an interesting addition to the retail therapy scene in Delhi.